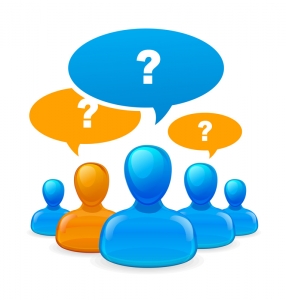 Why do people stutter?

To determine what causes stuttering, more research is needed. The problem researches face is that the majority of individuals who stutter as adults began their disfluencies when they were very young children and there was never any reason to conduct testing or brain imaging scans of their brains prior to the onset of stuttering since their speech and language skills were developing typically. Also, since eighty percent of children who exhibit stuttering in their speech grow out of the problem, many parents elect not to subject their young children to formal testing or radiation inducing brain imaging scans for the benefit of research alone.

What is considered severe stuttering?

The severity of stuttering is determined by a number of factors, but the most common considered include type, frequency, duration, physical reaction, and emotional reaction. Any one of the aforementioned factors could result in severe stuttering, but usually a combination of these factors build upon each other resulting in severe stuttering.

Are stuttering and ADHD a common dual diagnoses?

Not enough is currently known about the comorbidity of stuttering and ADHD. If a child is diagnosed with ADHD who also stutters, speech-language pathologists are encouraged to consider the dual diagnoses when developing therapeutic intervention.

What is Transcending Stuttering?

Transcending Stuttering is a documentary created by Phil Schneider, Ed.D. CCC-SLP, a speech-language pathologist in New York. The documentary can be found on his website as well as YouTube and is recommended to any individual who stutters as a method of hearing how others who stutter have coped with their communication disorder.

What is late onset stuttering?

Stuttering and anxiety, which comes first?

An individual certainly can be anxious without being a person who stutters. Anxiety does not cause stuttering, but for a person who stutters, anxiety will only make their speech more difficult to control. The best speech therapy interventions address stuttering and anxiety systematically since most people who stutter experience some anxiety related to their communication disorder.

How To Stop Stuttering?

There are several different methods that can help a person stop stuttering. These methods range from self-help techniques to visiting a speech pathologist . To learn more details, read our page “How to stop stuttering?”