What are the types of stuttering? 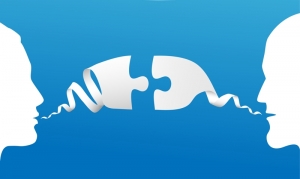 Adult onset fluency disorder is diagnosed when stuttering develops with no organic basis and appears to be psychogenic in origin.

Child onset fluency disorder is usually initially diagnosed between the ages of two and five years, when speech and language skills are developing at a rapid pace. If a child begins stuttering before age three and a half, they are more likely to outgrow stuttering and if the stuttering begins before age three, there is a much better chance they will outgrow the disfluency within six months. Approximately eighty percent of all children who begin stuttering will outgrow or spontaneously recover within twelve to twenty-four months of onset without speech-language pathology intervention. If a child has been stuttering for longer than six months, the likelihood of growing out of stuttering is diminished. If the individual has been stuttering for longer than twelve months, there is an even smaller chance they will grow out of the problem on their own.